The humidification and dehumidification function of the high and low temperature damp heat test chamber is one of the important performances of this equipment. How to effectively humidify and dehumidify affects the success of the test to a certain extent. 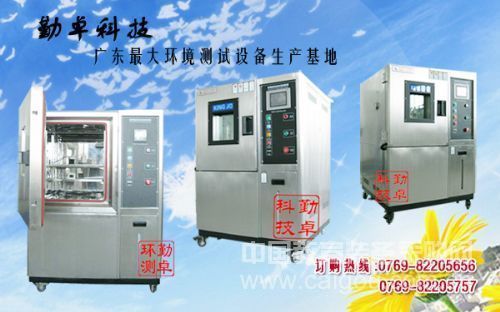 How to humidify and dehumidify the high and low temperature damp heat test chamber?

The process of humidification is actually to increase the partial pressure of water vapor. The initial humidification method is to spray water on the wall of the test chamber, and control the saturation pressure of the water surface by controlling the water temperature. The water on the surface of the tank wall forms a larger surface. On this surface, the water vapor pressure is added to the tank by diffusion to increase the relative humidity in the test chamber. This method appeared in the 1950s. At that time, the control of humidity was mainly the simple on-off adjustment of the mercury-electric contact type conductive meter, and the adaptability to the water temperature of the hot water tank with a large lag was poor, so the control transition process was long and could not meet the alternating damp heat The need for more humidification, more importantly, when spraying the tank wall, inevitably there are water droplets on the sample to form different degrees of pollution to the sample. At the same time, there are certain requirements for the drainage in the box. This method was soon replaced by steam humidification and shallow water pan humidification. But this method still has some advantages. Although its control transition process is long, the humidity fluctuation is small after the system is stable, which is more suitable for constant humidity and heat test. In addition, the excessive moisture during the humidification process will not increase the extra heat in the system. Also, when the temperature of the spray water is controlled to be lower than the point temperature required by the test, the spray water has a dehumidifying effect.